On this page you can choose the best doctors for Eye Stroke in Germany and Austria. Our goal is to present you with the optimal selection of renowned doctors and their modern and gentle surgical and treatment methods when you are looking for specialists.

If you have any questions or want to book an appointment here with one of the doctors for Eye Stroke, contact our support. We, the GermanMedicalGroup team, are at your disposal for all organizational questions.

Submit a request on German Medical Group website - our manager will give you all the info regarding a particular doctor or hospital. This consultation is FREE.

Together we choose the best specialist for your case. With German Medical Group you avoid waiting lists, get 24/7 support until your coming back home.

Follow these steps to choose the best doctor or clinic:

Our services do not affect the price for treatment procedures, you pay the bill right in the chosen clinic.

Submit a Request for Eye Stroke

An eye stroke, also known as retinal artery occlusion, is caused by a clot, or narrowing of the retina's blood vessels. The retina's blood flow is interrupted and, if left untreated, can result in permanent damage to the retina and loss of sight. 2019-05-07 2020-03-10

All you need to now about Eye Stroke

The terms loss of vision and eye stroke are colloquial terms for an acute circulatory disorder in the eye. Medical professionals generally call decreased blood flow ischemia. If this occurs suddenly and in the eye, there is talk of an "anterior ischemic optic neuropathy", in short: AION.

Similar to a heart attack or hearing loss, the tissue, in this case that of the optic nerve or the retina, is no longer adequately perfused by a vascular occlusion and is subsequently undersupplied. It lacks nutrients and oxygen. This acute deficiency leads to a decrease in visual performance and the tissue can even die permanently.

An eye stroke is considered an emergency - not life-threatening, but still urgently in need of treatment. In order to avoid long-term damage such as blindness, those affected should suspect a fall instantly an ophthalmologist or an eye clinic.

Doctors differentiate between two different types of vascular occlusion: the arterial and the venous.

Arteries are blood vessels that lead away from the heart. They transport oxygen-rich blood into our bodies - including the eye. If it comes to an occlusion in an artery, then the eye is immediately cut off from the oxygen supply.

Veins, on the other hand, guide the blood away from the eye, towards the heart. If there is a blockage in these blood vessels, a congestion of blood and subsequent swelling develops in the eye. This swelling squeezes adjacent arteries - and thus indirectly leads to a lack of oxygen.

Venous occlusions are the more common cause of an eye stroke and can lead to blindness.

Symptoms of an Eye Stroke

It is not easy to spot a fall as there is usually no pain. For a vascular occlusion there are no direct harbingers and its symptoms become apparent later.

A clear warning sign is a sudden, acute visual impairment in one eye. Those affected see within a short time - often only minutes, sometimes hours after the vascular occlusion - blurry, obscure or notice black spots and shadows in the field of vision. The affected eye can also go completely blind.

In a fall of vision almost only one eye is affected, not both. The attending physician will ask the patient if the visual disturbance is one-sided and check the eyesight independently. If it is clear from the examinations and tests that changes only occur in one eye - for example, the pupillary reflex - many other eye diseases can be ruled out.

A one-sided vision impairment is a clear indication of an ocular stroke. But even this sign can go unnoticed: vision is a complex process in which the brain assembles the information it receives from the eyes into a complete picture. Restrictions in one eye can be supplemented and balanced by the brain. This creates the impression of a complete picture - even though one-sided damage already occurred. In this case, the stroke may go unnoticed.

The most common cause of constriction and occlusion is atherosclerosis, also known as arteriosclerosis. In this disease, deposits of fat and lime, called "plaques", accumulate on the vessel walls for years, thus restricting blood flow.

Also in the veins of the eye it can come to deposits on the vessel inner walls. If there is a blood vessel increasingly close, the loss of vision threatens.

Due to the creeping narrowing of the bloodstream, blood clots, also called "thrombus", can more easily become lodged and lead to constipation, for example in the fine veins of the eye. The stuck Thrombus, a plug of platelets, blocks the natural blood flow and triggers an eye stroke. As a result, the tissue of the optic nerve or the retina is no longer supplied and then begins to die.

Arterial calcifications develop over years or decades, but can be accelerated by certain factors and pre-existing conditions. These include, for example, diabetes mellitus, diabetes.

As the risk factor par excellence for the development of atherosclerosis and fat metabolism disorders, which are associated with elevated LDL cholesterol levels. Cholesterol is often referred to as blood fat and is vital for the body. It is, for example, the starting material for the production of certain hormones. LDL is one of several types of cholesterol and is often referred to as "bad cholesterol" as it is considered a risk factor for cardiovascular disease.

Our body cells produce cholesterol itself. In addition, it is absorbed by the diet, for example by eating red meat and sausage. If the blood fat levels are permanently increased too much, the excess cholesterol in the vessel walls accumulates, triggering arteriosclerosis.

Men have a higher risk of hardening of the arteries, sometimes due to hormones, than women. Correspondingly more often it comes in men to visual fall.

Hypertension is also a factor that can promote "anterior ischemic optic neuropathy". If the blood pressure is permanently increased, the arteries are constantly exposed to a strong pressure load. As a result of these stresses, the previously elastic vessel walls become harder and lose their flexibility. As a result, the veins can hardly yield any more and deposits are easier to fix in the eye.

Often a companion to hypertension: constant stress. Constant tension in work or private life makes you ill and drives up your blood pressure - with the consequences just mentioned. Therefore, a constant stress strain is a risk factor for an eye stroke.

Risk factors such as high cholesterol or hypertension have an origin. Often it is an unhealthy lifestyle with lack of exercise, high-fat diet and the resulting obesity.

Therefore, one's own, unhealthy lifestyle can be seen as a risk factor for an ocular stroke.

Smoking is particularly risky, as it narrows the blood vessels and makes it easier to fix occlusions.

A lack of fluid can increase the risk of stroke. If the body lacks fluid, the blood becomes thicker and, in case of doubt, can no longer reach the fine veins in the eye.

Another factor that can not be influenced, but still plays an important role in determining infarct triskis, is age. Even if you live healthy, the years put the blood vessels to. It comes to the time, even if otherwise no risk factors of arteriosclerosis are given, to deposits - this is quite normal. These increase the likelihood of an infarct, which is why increasing age can also be defined as a risk factor for a visual fall.

Treatment Of an Eye stroke

The therapy of a visual fall aims at the fact that the blood circulation normalizes again and a swelling goes back fast. Depending on whether an arterial or a venous occlusion was the cause of the stroke, the doctor is different.

Since the eye is cut off directly from the oxygen supply in an arterial occlusion, fast action is required. After only 60 to 90 minutes, consequential damage can hardly be avoided.

Therefore, the attending physician will immediately try to locate the closure and then solve it. This usually works with drugs that dilute the blood and dilate the vessels. The stuck closure can be washed away more easily.

It can not be ruled out that an operation on an arterial infarct has to be performed. This is usually an outpatient surgery in specialist practice. In severe cases, it may also be the case that patients have to be hospitalized after an eye stroke.

Treatment of a venous stroke

In the case of venous occlusion, the resulting swelling is the primary problem that needs to be addressed to prevent long-term damage.

In order to accelerate the outflow of accumulated fluid, the doctor will also administer drugs in a venous stroke, which dilute the blood and dissolve a resulting blood or tissue waterlogging.

To ensure that these remedies are still in place, the doctor can inject the medication directly into the eyeball. For many a scary idea, but the injection helps to reduce the swelling as quickly as possible.

Supporting the doctor may massage the eyeball. By pressing in the right places you can "squeeze" the eyeball and thus counteract swelling and lower the intraocular pressure. This form of treatment should really only be done by the doctor. Because our eyes are a sensitive sensory organ that can be damaged quickly. And only the physician is able to estimate in an acute fall in sight, whether a pressure massage makes sense.

Aftercare of an eye stroke

After a fall, patients often need to take medications that keep the blood thin. Thus, further infarcts, not only on the eye, should be prevented. Also agents that reduce eye pressure may be useful after anterior ischemic optic neuropathy.

Depending on how serious the eye stroke was, it may also be that damaged vessels must be scarred by means of laser or cold treatment. In this way, existing bleeding is prevented and prevented from forming new bleeding.

Consequences Of an Eye stroke

A fall-see is an acute emergency that can cause permanent consequences. Depending on the extent of the stroke, there may be an irreversible visual impairment in the affected eye. Even a permanent blindness is possible. Because once the tissue in the eye has died, it can not be reversed.

Although the ocular stroke itself is not painful, it can lead to sequelae, such as permanently elevated intraocular pressure.

Prevention Of a Visual Fall

To prevent an eye stroke: pay attention to good blood levels and healthy vessels - as with almost all diseases of the heart and blood circulation.

To achieve this you should move regularly, especially in the fresh air. To avoid overload at the beginning, it can be enough to walk for half an hour every day or to practice gentle Nordic walking. Once you get used to exercise, you can try gentle endurance sports such as slow jogging or swimming.

Just as important as sports is adequate recreation. Avoid stress, especially permanent, and allow yourself targeted breaks to relax.

Another preventive measure for a loss of sight is a varied and healthy diet with lots of fruits and vegetables. Reduce their consumption of red meat and sausages, as it can raise cholesterol levels.

In addition, a regular review of blood levels and blood pressure makes sense. So take preventive care. This allows the doctor to recognize deposits in the veins early on and to counteract them - and thus possibly prevent an ocular stroke.

Choose a Doctor for Eye Stroke
Filter by: 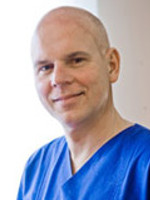 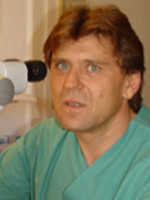 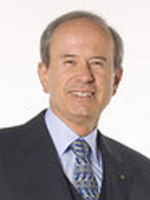 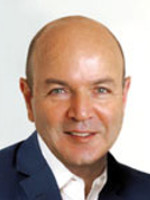 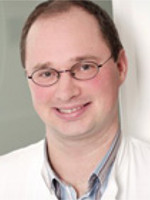 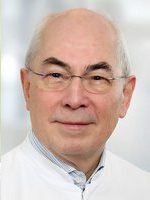 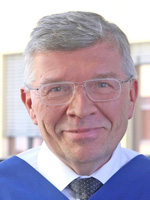 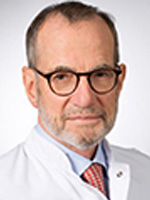 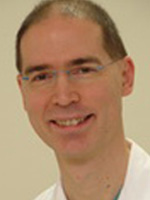 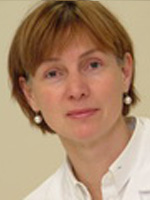 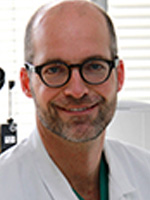 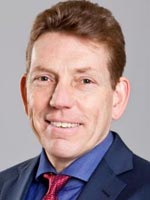 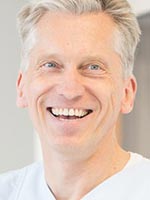 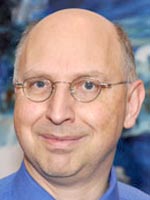 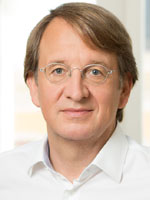 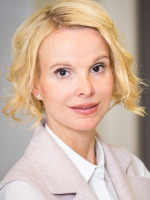 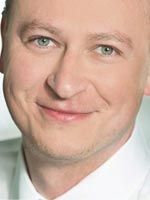 Write down your comments in this application form! 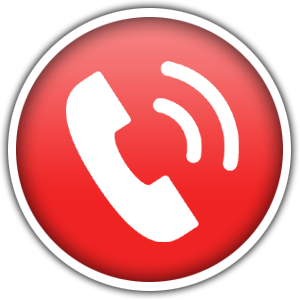 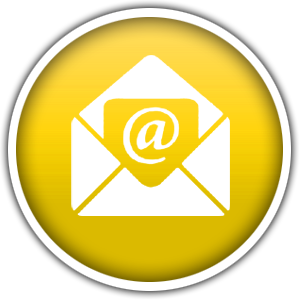 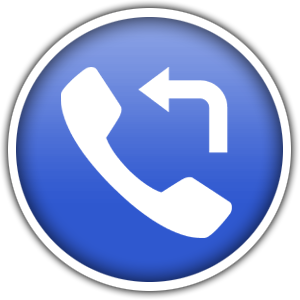